How I Lost and Found My Identity

How I Lost and Found My Identity

According to Merriam-Webster, identity is defined as “who someone is; the distinguishing character or personality of an individual.” Is it possible to lose your identity? I believe it is. I lost my identity after my spinal cord injury.

I began tumbling and dance class at age 3. By first grade, I had joined the competitive gymnastics team and was at the gym five nights a week. Gymnastics was my life. It was who I was. Even after quitting competitive gymnastics at 14, I continued coaching gymnastics and began cheering – since I suddenly had 20+ hours a week in my schedule that were free. (Side note: Please do not ever call me a cheerleader; I will make it very clear that I was first and foremost a gymnast who just happened to cheer.)

But at the age of 16, in a flash, gymnastics was gone. I was tumbling outside and the grass was wet. I wasn’t doing anything difficult (a round-off, back handspring, layout), but the grass was wet with dew that morning. My feet slipped out from underneath me causing me to not have enough height or rotation. I sustained a C6-7 spinal cord injury that left me without the use of my hands and paralyzed from the chest down.

Six months after my injury, I accompanied my former teammates to a national cheerleading competition. Just a year prior, we had won the award for best tumbling at that national competition. Now I was being pushed by my mom or my friends, in a wheelchair. People were staring. And not because I was the best at what I did.

That’s when I broke down in tears in front of my friends for the first time. I certainly didn’t expect it. Neither did my friends, who had always seen the happy, everything-will-be-okay Jenny.

The identity I had established over 13 years was completely gone. I was no longer a gymnast.

A process of discovery

So who was I? I was still a very good student. For the next eight years, I focused on studying. I graduated from high school, then went on to college and graduated with my master’s in counseling psychology at age 25. I was a student. Until I wasn’t.

At college, I met another girl who used a wheelchair. Up until that point, I was fully convinced that I wasn’t “one of them.” You know, someone with a disability. I thought I was different. Then I met Terri. She had something I didn’t. She was confident. Not ashamed of her disability. I didn’t know what to think. But I was beginning to want whatever Terri had.

Terri represented the state of Kentucky and won the Ms. Wheelchair America pageant. She talked me into participating the following year. I won the state pageant and met 26 incredible women with disabilities at the national pageant. It was the first time I could talk with other women with disabilities about bladder and bowel maintenance and getting dressed. The best way I can describe it was that I was no longer ashamed of who I was. No longer ashamed of having a disability. I was starting to see that having a disability did not have to define who I was.

Throughout college, I also had several part-time jobs. When I began tutoring at-risk children in a local elementary school, something clicked. It felt like I was coaching again. I felt joy in working with the students. I realized that coaching and tutoring both require similar abilities, such as teaching, being an encourager, and having patience. Sometimes it is the gifts we have – not the title we wear – that is important in discovering who we are.

Slowly, I became more comfortable with who I was with a spinal cord injury. I became involved in sports again. I’ll never be a Paralympic-level athlete, but my competitive, driven nature and the feeling of accomplishment after reaching a goal in relation to physical performance had an outlet once again. And it felt incredible.

I was a gymnast for 13 years. I have been rowing for longer than that. Being a gymnast gave me the traits of who I am today: a hard worker, driven, willing to put in long hours, and to push through pain. (I’m also a recovering perfectionist; not all traits are good.)

But the interesting part is how I worded this: I was a gymnast versus I have been rowing.

My identity is not as a rower. I have learned that if I define myself by what I do or who I am in relation to an activity, job, or another human being, it can be stripped away. For identities are only temporary.

So, who am I? I am Jenny. I am a chair user (and proud of it!). But my chair does not define who I am or what I am capable of doing. In fact, it probably makes me more willing to defy others’ expectations.

Finding my identity took time. For those of us with disabilities, we have the opportunity to understand that who we are is not necessarily equivalent to what we do.

Take the time to discover who you are. 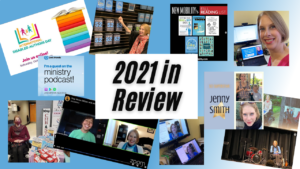 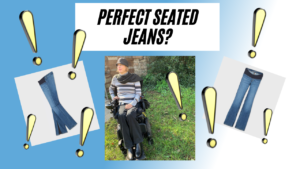