Heartbreak after SCI: The Hard Truth with a Dose of Hope

Heartbreak after SCI: The Hard Truth with a Dose of Hope

A small, three by five inch journal sits in a drawer with other sentimental objects from my past. Blue fabric printed with small white sheep decorate its outside. On the inside cover is written:

It is an unfinished journal. Life was interrupted by a spinal cord injury six months later. And although there are only five entries, it speaks volumes.

The words were written during the late hours of the night in the privacy of my room. Sitting on my bed in boxer shorts and a T-shirt, I’d record the secrets of my heart.

The handwriting is crisp and angled in the first four entries. A blue ballpoint pen tells of the adventures of spring break during my sophomore year of high school.

In Destin, Florida, three friends and I reveled in our first night’s escapade: meeting a group of boys from Little Rock, Arkansas. After returning to the condo to check in with our moms, the boys serenaded us with You’ve Lost That Loving Feeling while we stood on the balcony.

(If you don’t understand the significance of this moment, you’re not a child of the 80s. Just watch this clip from Top Gun.)

And then comes summer break.

June 6, 1989. My first date. The anticipation of going out to dinner and seeing Indiana Jones and the Last Crusade.

In the fourth entry I describe scurrying to find a friend so I can watch a movie at his house. I was angry at my mom for not letting me go to his house without a friend.

But this entry is misdated. It says July 13, 1989: two days after my spinal cord injury.

In Between the Lines

In between the lines I hear the insecurity of a 16-year-old girl. The joy of spending time with close friends. The desire to be desired. The excitement of a first date. The knowledge that this boy is not right for me since we don’t share a common faith.

Teenage missionary dating at its finest.

The final entry is dated January 2, 1991. Eighteen months had passed since becoming a quadriplegic. I had lost my independence and my identity.

In scrawling, relearning-to-write handwriting, the rest of the story is told.

“Eventually he didn’t come to see me anymore,” I wrote.

With many years between the writing of the journal and my present perspective, I get it. I didn’t know him. He certainly didn’t know me. And we had very little in common.

But it doesn’t change the hurt I experienced as a teenager.

The Rest of the Story

Many reasons exist for broken relationships after the onset of a disability. Marriages, friendships and family dynamics are all tested – sometimes to the breaking point.

Circumstances may uncover the shallowness of a relationship we once thought strong. Other times bonds grow deeper and stronger through the trials. And in some situations, the inability to express unspoken pain gradually takes even the best of friends down different paths.

But the good news is that my life did go on. New relationships have been formed – sometimes with great effort and intentionality. Other friendships have simply developed naturally over time, just as before my injury.

A broken body from a spinal cord injury may never heal. Yet the heart is able to mend and grow stronger with time.

But only if we are brave enough to try.

Buy Now
PrevPreviousShoes that Work for me as a Wheelchair User
NextQuadly Cooking: Beef Stew in a Crock Pot Express (Video)Next 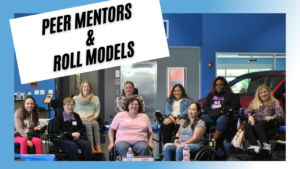 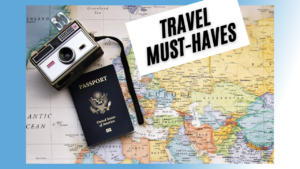